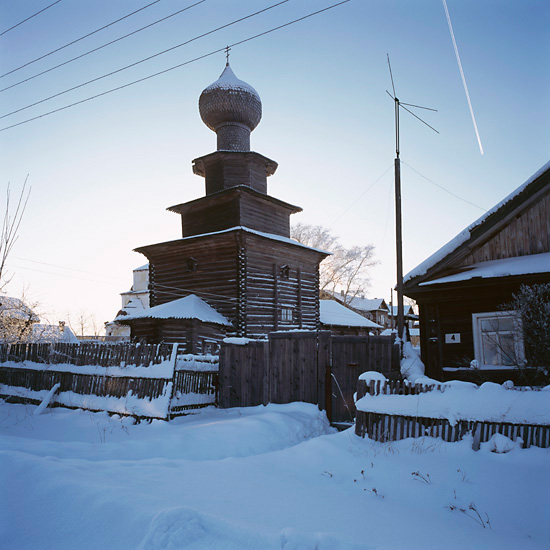 Belozersk, Vologda region, Church of the Prophet Elijah (1690) from http://www.richarddavies.co.uk/woodenchurches/images.html

Our speaker Richard Davies, we learnt, has spent nine years seeking out and photographing these extraordinary churches which are now celebrated in his book ‘Wooden Churches: Travelling in the Russian North.’

The origins of these churches, he explained, lie in the time of Prince Vladimir, who, on his conversion to Christianity in 988, ordained that wooden churches should be built and established where pagan idols had once stood. 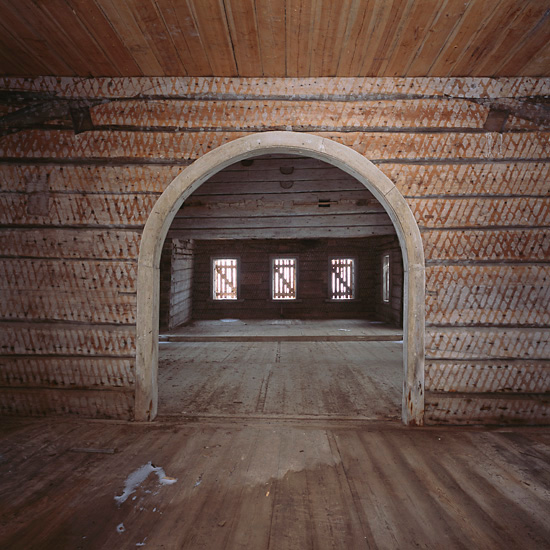 Designer hat onion domes adorn the towers of these churches above strong wooden structures, many of which were restored and renovated in the 17th, 18th and 19th centuries. Their interiors, most disappointingly, as we see, are stripped bare, and languish like empty dance halls.

However, even as we begin to wonder, Richard shows us a picture of a glowing painted church interior, which is then followed by a similarly bright painting by the Russian artist Kandinsky. The latter wrote in 1889 – on visiting the northern region of Moscow – that ‘the houses and churches were decorated in such shimmering colours that he felt he was moving into a painting’. So now we know! 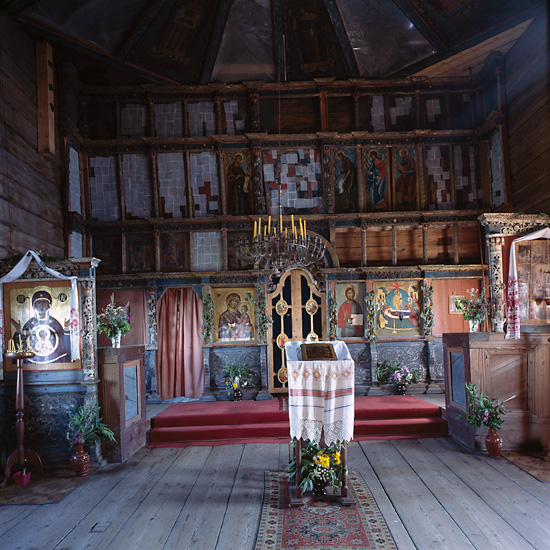 Moving on rapidly we find ourselves looking at a bright notice with a poem warning churchgoers about the health dangers of kissing icons!

Next we are watching 1920s footage of Russian men and women with stony faces marching out of these churches carrying paintings, sculptures and icons all ready to be publicly burned. Men are seen perched on church roofs lassoing their hat pinnacles, and after some pulling and heaving, toppling them as easily as we watched Sadam Hussein’s statue toppled in Baghdad.

These men and women, we learned, were the anti-religious campaigners of 1928 – 1941, when Russian Orthodox Churches and others were closed, and clergy and believers alike were killed.

The Church however, returned to favour in 1944 under Stalin, who ‘conveniently’, as Richard noted, blamed the destruction of these churches on Hitler. People of every kind – from villagers, who found and returned displaced objects like church railings – to architects  – set about with huge energy to restore the churches. 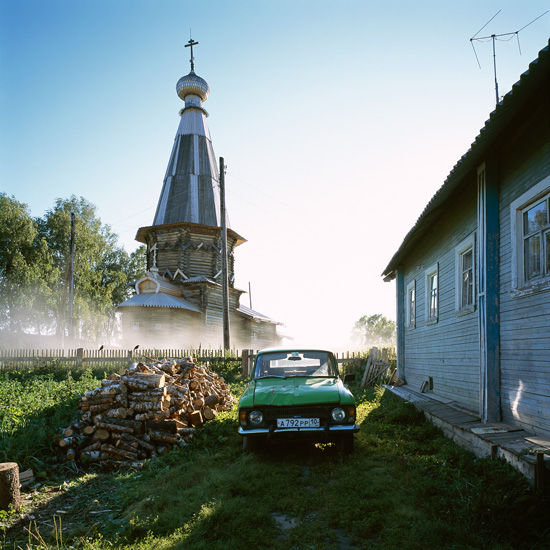 However, of all the wooden churches shown to us by our speaker, Richard Davies, perhaps the one seen rising out of the early morning mists seemed most aptly to sum up the otherworldliness of these fairytale buildings.

Our next meeting is our AGM  on March 21st followed by an illustrated talk on Prefabs:  Postwar Palaces for the People by Tim Mars (7.30pm at the Old Town Hall)